Super Bowl 50 was an American football game that determined the champion of the National Football League (NFL) for the 2015 season. The American Football Conference (AFC) champion Denver Broncos defeated the National Football Conference (NFC) champion Carolina Panthers 24–10 to earn their third Super Bowl title. The game was played on February 7, 2016, at Levi’s Stadium in Santa Clara, California. It was the second time the Super Bowl was held in the San Francisco Bay area. In the United States, the game was televised by CBS, as part of a cycle between the three main broadcast television partners of the NFL. Six-time Grammy winner and Academy Award nominee Lady Gaga performed the national anthem. On December 3, the league confirmed that the show would be headlined by the British rock group Coldplay. On January 7, 2016, Pepsi confirmed to the Associated Press that Beyoncé, who headlined the Super Bowl XLVII(47) halftime showand collaborated with Coldplay on the single “Hymn for the Weekend”, would be making an appearance. Bruno Mars, who headlined the Super Bowl XLVIII(48) halftime show, and Mark Ronson also performed.

CBS set the base rate for a 30-second advertisement at $5,000,000, a record high price for a Super Bowl ad. 20th Century Fox, Paramount Pictures, Universal Studios and Walt Disney Studios paid for movie trailers to be aired during the Super Bowl. Fox paid for Deadpool, X-Men: Apocalypse, Independence Day: Resurgence and Eddie the Eagle, Paramount paid for Teenage Mutant Ninja Turtles: Out of the Shadows and Zoolander No. 2, Universal paid for the debut trailer for Jason Bourne and Disney paid for Captain America: Civil War, The Jungle Book, Zootopia, Alice Through the Looking Glass and Finding Dory.

My favorite is the first look at the next film in the Bourne franchise, Jason Bourne. There has been much secrecy around the production of this film but finally we have details. Check out the Super Bowl trailer below:

Plot details are currently unknown, but the film will see the return of eponymous Jason Bourne (Matt Damon), as the super spy embarks on another adventure, potentially setting up for a crossover with Aaron Cross (Jeremy Renner) from The Bourne Legacy (we can wish can’t we?). Jason Bourne would be released in theaters on July 29, 2016.

Another exciting one is Marvel’s Captain America: Civil War. There’s a scene I can’t seem to get off my mind after seeing the Super Bowl spot for this movie, check it out:

Did you see Tony Stark’s metal glove?! Check it out again:

The Trailer for Captain America: Civil War Has Arrived 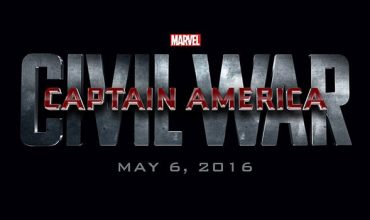